I didn’t sleep as well Wednesday night as I had the night before, but I think that probably had something to do with the dryer churning away and knowing we had to get packed up and ready to leave by 10:00. As soon as I got up I removed more things from the dryer and set it to run again, but in the end we ended up packing a couple damp things.🙄

Our weather luck was no more, and it was raining off and on when we set out at 10:00 with our fantastic guide Rossella from Rome Cabs. We originally booked just a transfer, but then I read about some other tour options and added those to the transfer. Since we were in Italy I wasn’t in as much of a hurry to get to the ship as I would be in Galveston!😆 Unfortunately the rain meant that traffic was outrageous and we had to alter our route somewhat, but we really had a nice time. The best part was every time we got ready to get out of the car the rain stopped!

Our first stop was in the tiny medieval town of Ceri. The castle was built in the 12th century, and sits atop a cliff. There is a single steep, winding road leading up/down, and a traffic light at either end controls entry and exit. 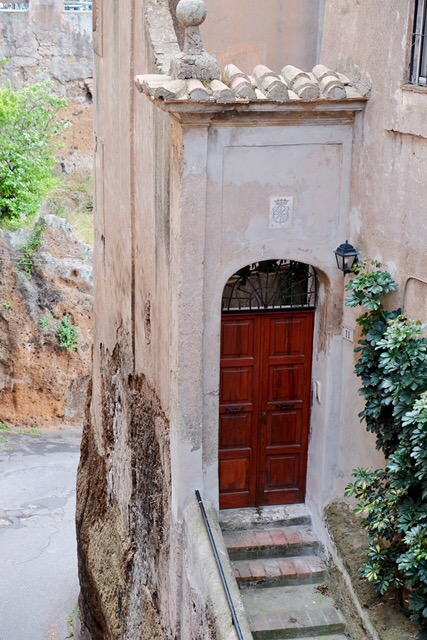 Today, the town is home to 7 families. There is a church, a café, 2 restaurants, and a tobacco shop (the town version of a convenience store). What a charming place! 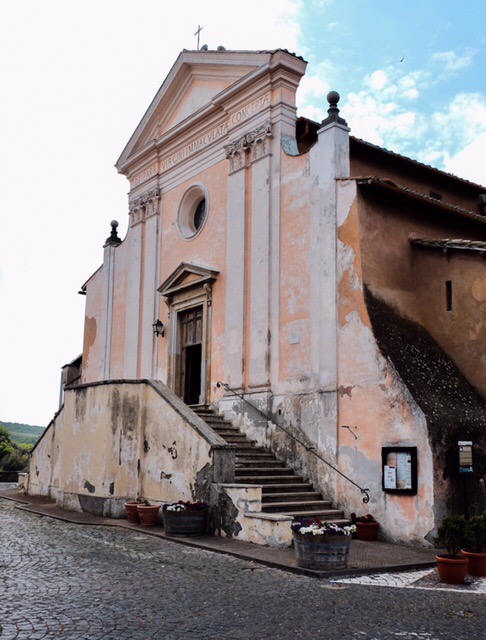 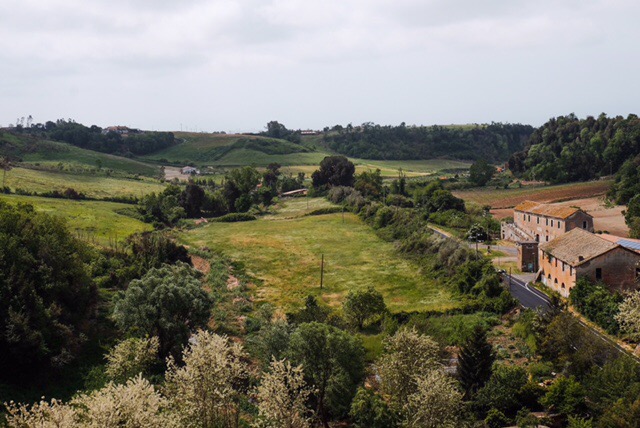 If you look carefully in the next picture you can see what looks like a doorway in the hillside. That’s actually the entrance to an Etruscan Necropolis, so the area has been inhabited for thousands of years. 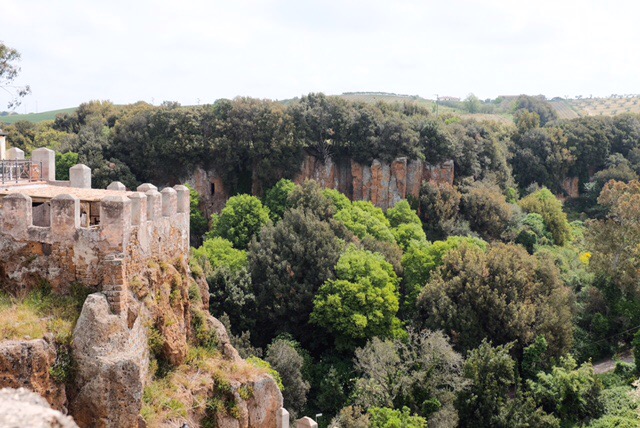 From Ceri we drove to the coast. I was fascinated by the Umbrella Pines, which Rossella told us are found only in Italy.

Our next stop was Santa Severa castle on the coast, which was built in the 15th century. The original plan had been to go to Lake Bracchiano and castle which are from the same period, but between the weather and traffic near Rome, we opted to head to the coast. It was interesting to walk around the village…the castle is RIGHT on the water, so it was very different than anything I’ve seen before. 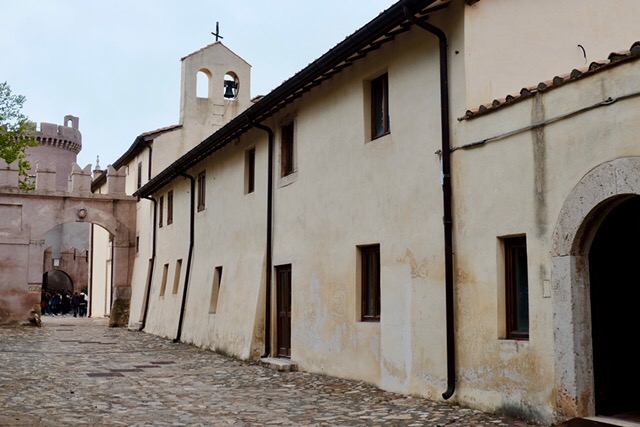 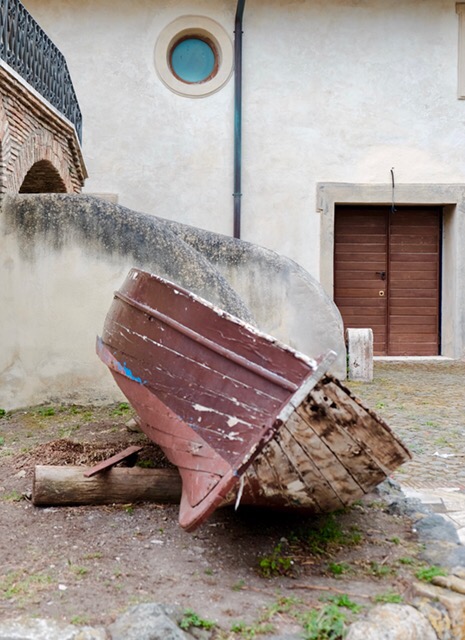 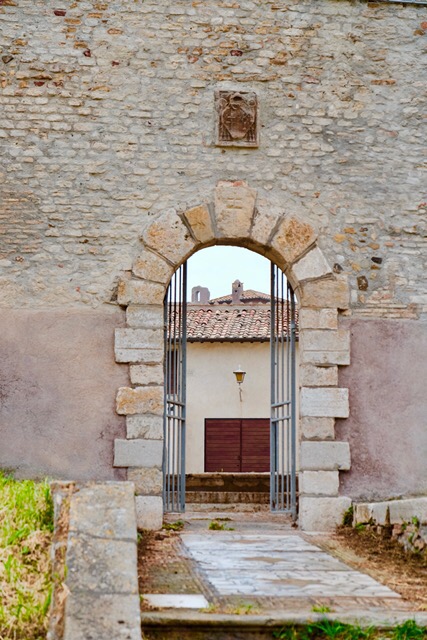 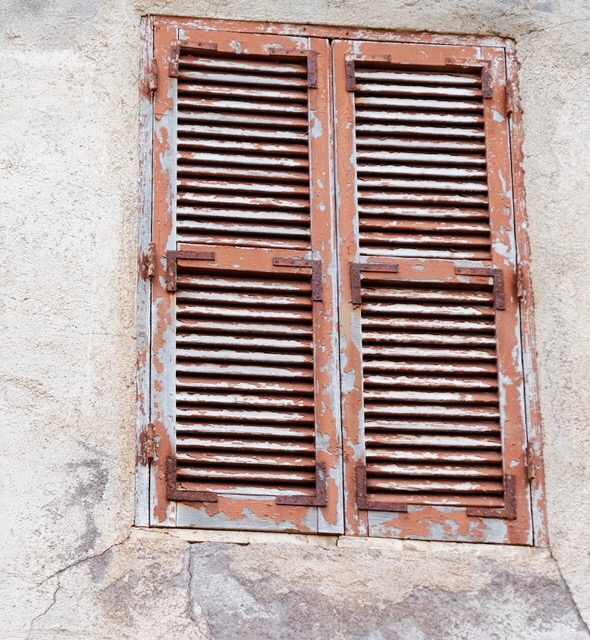 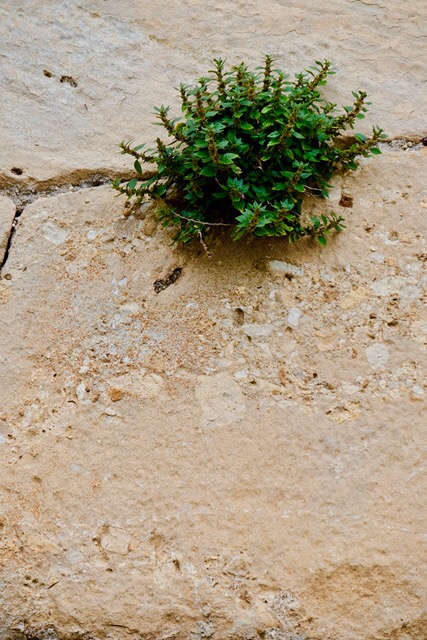 We got to Civitavecchia about 1:15…check-in was a breeze, but getting onto the ship was an adventure in the sideways rain.🌧💦🌧 We used our umbrellas as shields!☔️ Our refurbished suite is beautiful, but our main interest is in the huge balcony! I’ll post more on the ship itself later when I have time to take some pictures. We ended our first of 12 cruise nights sharing dinner with new friends, and fell into a deep sleep soon after dinner. So far everything has gone according to plan, and we hope our luck continues!

3 thoughts on “Castles and Cruising”